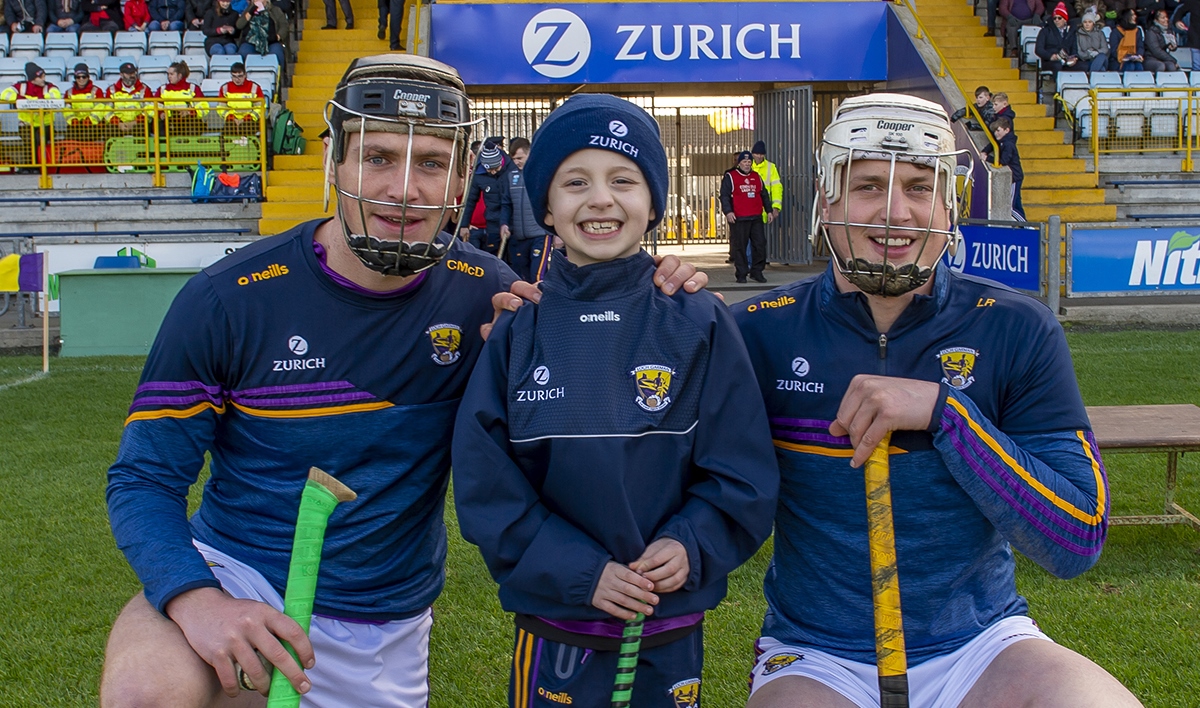 Kilkenny seemed perfectly poised to extend their 100% run when an early second-half Billy Ryan goal helped eventually edge them ahead by 1-12 to 1-11 on 51 minutes.

But Wexford released injury victims Lee Chin, Diarmuid O’Keeffe and Matthew O’Hanlon from the ‘ bench to help inspire an inspiring finish by the purple-and-gold which restore their hopes of making the knockout stages following their setback against Clare.

Kilkenny continued to rest their All-Ireland Club champions from both Ballyhale Shamrocks and Tullaroan, but drew first-blood despite facing the gale with a third-minute James Maher point.

Wexford reacted with venom to surge ahead by 1-2 to 0-1 after six minutes, as Conor McDonald and Jack O’Connor pointed before combining for the goal, when O’Connor’s line-ball from the left was fetched inside by McDonald, who slipped his marker and flicked overhead to the net (1-2 to 0-1).

Damien Reck and Pádraig Foley (free) added further credit to the Wexford account, and following a mini slump the locals thrived again to soar clear by 1-8 to 0-2 after 23 minutes as Aidan Nolan and Paul Morris (frees) each added braces.

Davy Fitzgerald was quite animated on the sideline having clearly been irked by several decisions, and at one stage he had a face-to-face exchange with Brian Cody.

Kilkenny were livelyt and threatened to haul back a few goals, but Wexford ‘keeper Mark Fanning (twice) and ‘sweeper’ Kevin Foley intervened to nullify serious threats.

And the visitors were further boosted three minutes into the second-half when Billy Ryan got on the end of a delivery from Walsh to net and reduce the arrears to 1-11 to 1-7.

The Cats continued to purr as Martin Keoghan, ‘keeper Alan Murphy (free) and Richie Hogan (2) tied matters after 48 minutes before John Donnelly restored the initiative for Kilkenny on 51 minutes (1-12 to 1-11).

Wexford knuckled down though to rouse their connections amongst the 7,200 crowd as they re-asserted by 1-14 to 1-12 after 57 minutes courtesy of Paul Morris (2 frees) and Jack O’Connor.

Kilkenny were back level through centre-back Paddy Deegan and Alan Murphy (1-14 each), before Diarmuid O’Keeffe ghosted up the left to flash Wexford back in front and Paul Morris (free) made it 1-16 to 1-14.Liam Ryan was a pillar of strength at the back as Wexford refused to bend any further as they instead snap back seriously into the qualification picture.