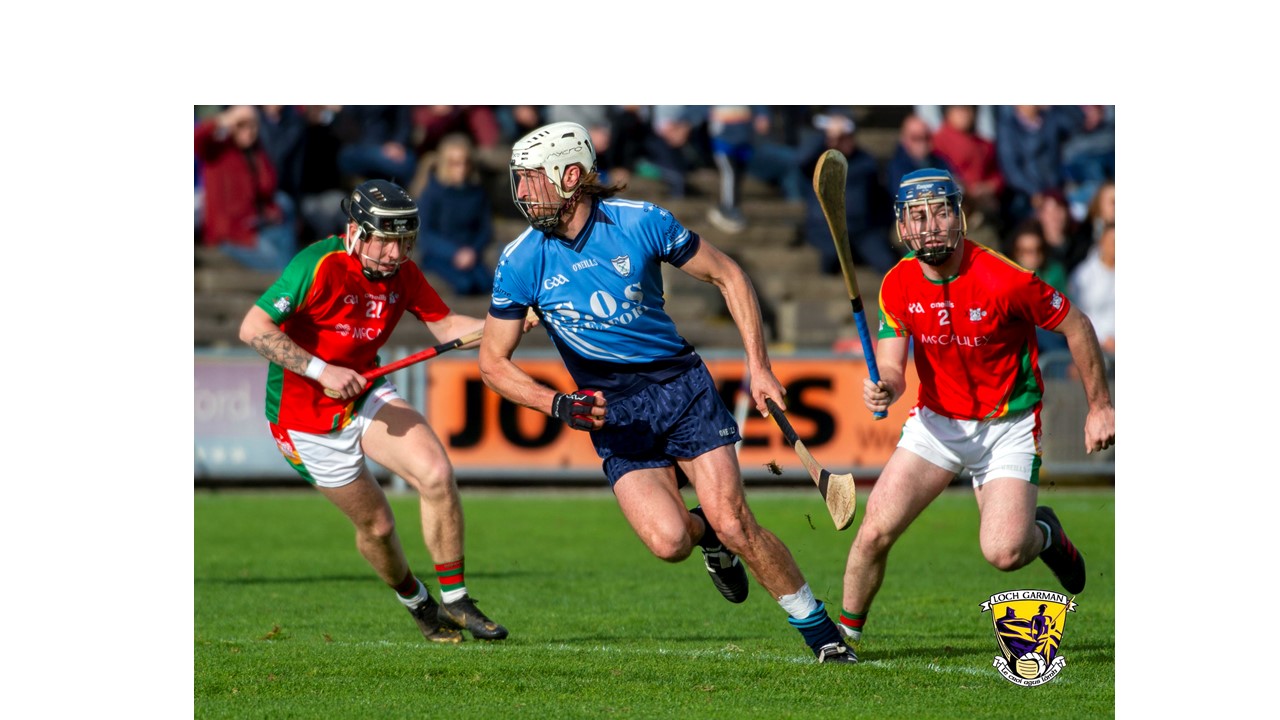 St. Anne’s are into their first Pettitt’s county SHC final since 2014 after adding to their list of major scalps with Saturday afternoon’s semi-final dismissal of Rapparees at a sunny but nippy Innovate Wexford Park.

First-half goals from Mark Furlong (penalty) and star-man Aidan Rochford established a foothold for the Rathangan-men which they never relinquished.

The intermediate champions of 2017 had been considerable outsiders seven days earlier in their last-eight fixture against Shelmaliers, and Rapparees were also hot-favourites against St. Anne’s.

But the wily Sky Blues again refused to abide by the script as they gained sweet revenge for the closing-round group-stage 5-14 to 2-16 loss to the Rapps.

A rather timid opening to this rematch saw the Rapps pull clear by 0-4 to 0-2 with the aid of a brace from Kevin Ryan before St. Anne’s struck two serious blows to turn the tables by 2-3 to 0-4 after 19 minutes.

The first goal was dispatched from a penalty by Mark Furlong after Darragh Furlong had been impeded. And moments later the Anne’s were dancing another jig of delight when a delivery from the left broke to Aidan Rochford, who gathered before dispatching forcefully to the Clonard-end net.

Redmond Barry, Diarmuid O’Keeffe (2 frees) and Aidan Rochford kept the Anne’s in good health as they broke leading 2-7 to 0-6 at half-time against a rather uninspiring opposition.

Rapparees were unable to make any headway during the second-half, as points from Ben Edwards and Tomás ‘Mossy’ Mahon (2 frees) were shaded by contributions from Mark Furlong, ‘Dee’ O’Keeffe (2, free and play) and Liam Rochford when the Anne’s extended their advantage to 2-11 to 0-10 after 44 minutes.

Rapparees had snatched their quarter-final win against Rathnure with a couple of late goals, and they had designs on a similar rescue mission on this occasion when re-positioning star defender Liam Ryan and playmaker Kevin Foley in advanced roles with a full quarter-of-an-hour left.

The Rapps certainly generated goaling chances, while Redmond Barry had a similar opportunity at the town-end.

The gap was 2-12 to 0-13 when Rapparees’ endeavours yielded a 56th-minute penalty after Kevin Foley was impeded. But ‘Mossy’ Mahon’s strike rose over the crossbar to the relief of St. Anne’s, who had closing points from Liam Óg McGovern and ‘man of the match’ Aidan Rochford to seal their progress to a final showdown against St. Martin’s, who roasted the Anne’s by 8-22 to 0-12 in round-one.