This Sunday Wexford premiere the county's new alternate jersey in the Leinster SHC clash with Galway at Pearse Stadium. 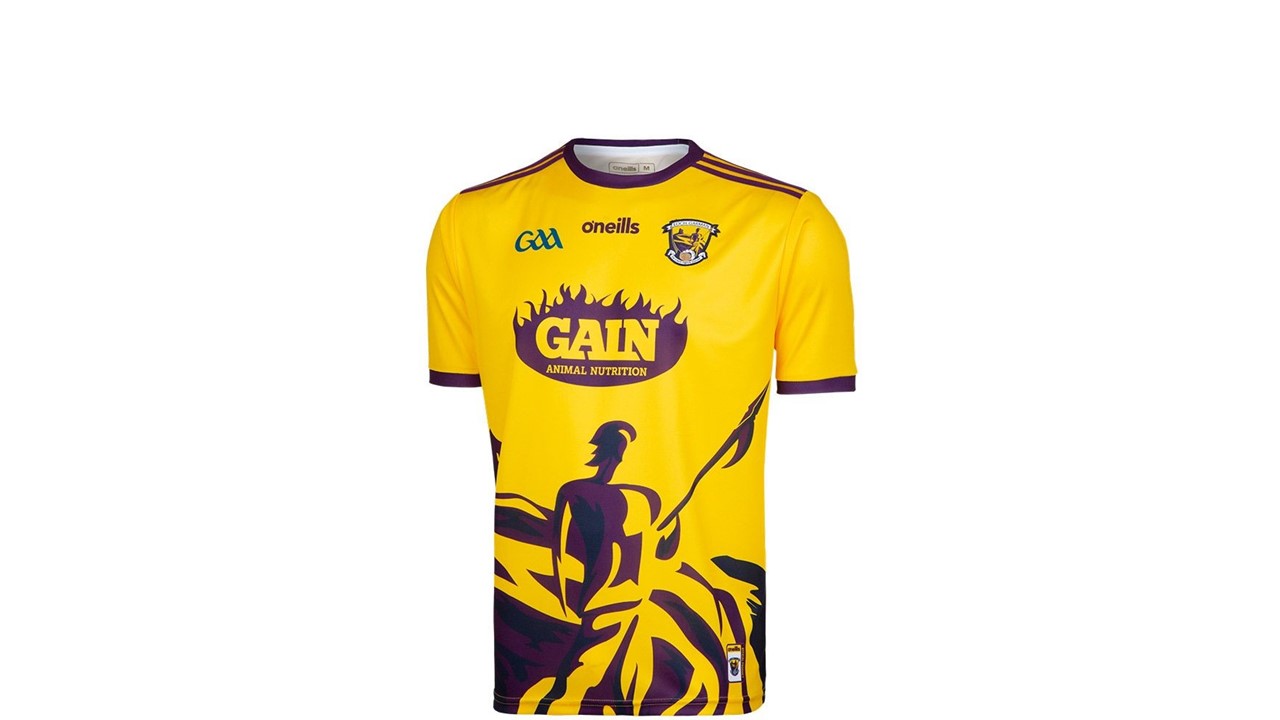 This Sunday, May 25th, Wexford premiere the county’s new alternate jersey in the Leinster SHC clash with Galway at Pearse Stadium. The new shirts produced by O’Neills, pay tribute to the county’s rich heritage.

The iconic ‘Pikeman’ and Vinegar Hill, taken from the County crest, feature prominently on the torso, while purple shorts complete the look. The goalkeeper kit to accompany this new outfit also incorporates the same design in navy.

The Pikeman, referencing the 1798 Rebellion, is an intrinsic symbol of Wexford. The image featured on the Wexford shirts in 1998 to mark the 200th anniversary of the rebellion. The current crest was adopted in 2006, based on a design by Kevin Roche as part of a competition ran by Wexford GAA which ensured that the Pikeman and Vinegar Hill were commemorated in perpetuity.

Commenting on the new shirts, Wexford GAA Commercial Manager Éanna Martin said: “We’re delighted with the new alternate jersey which we feel captures the essence of Wexford. The design process takes time. We worked on a number of designs with O’Neills with the final design being chosen by the County Management Committee. The jersey is already proving very popular and hopefully it can get a winning debut against Galway.”

Having been available to pre-order online, the new jersey appeared in shops last week and its popularity was clear to see in the Leinster hurling championship opener against Dublin, with several fans already sporting it.