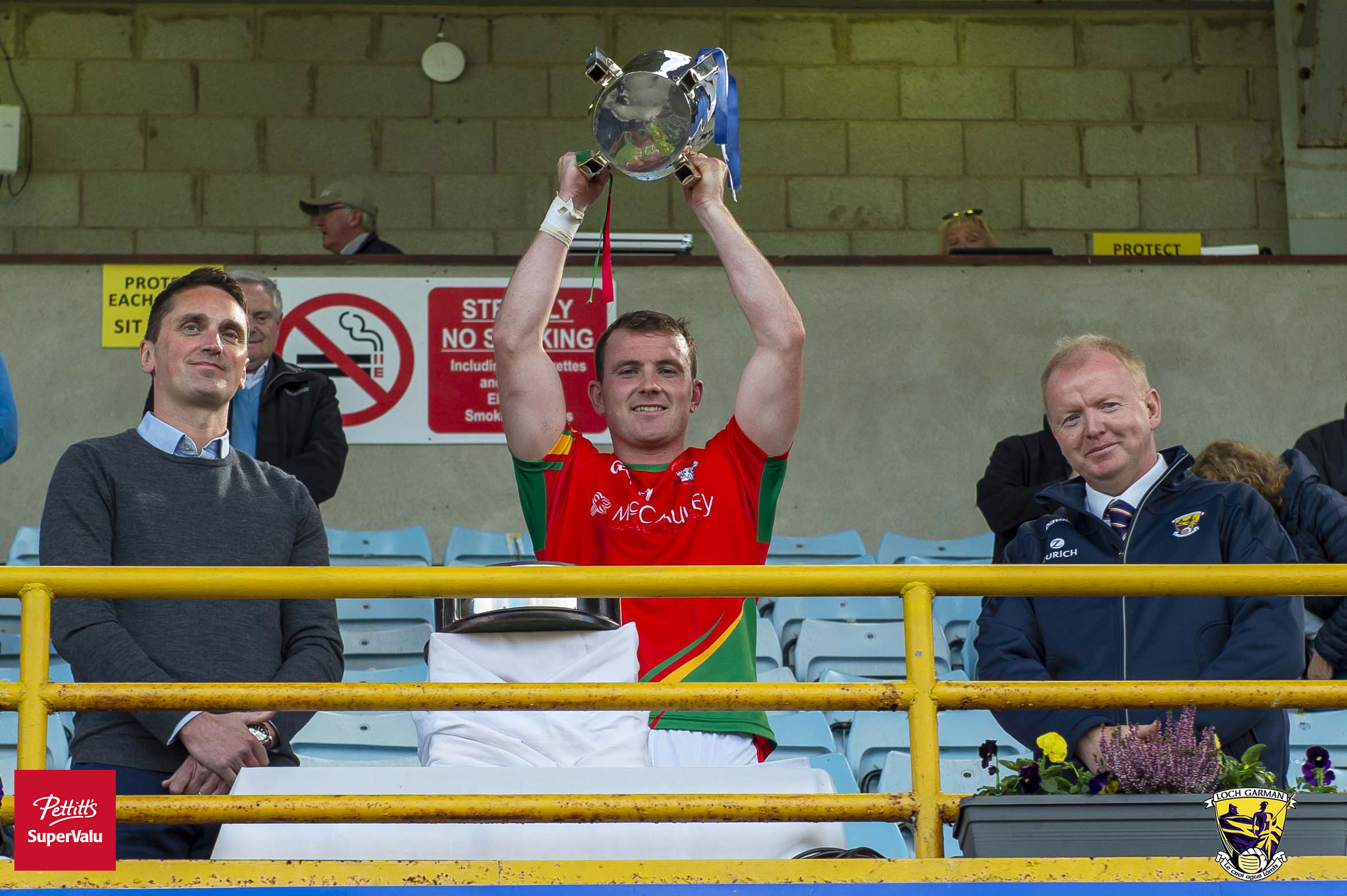 Declan ‘Skippy’ Ruth’s charges combined sterling defensive work with swashbuckling attacking play to celebrate their first appearance in the decider since 2001 by quelling fancied St. Anne’s, who had also lost out in the 2019 final.

St Anne’s settled best and led by 0-03 to 0-01 inside five minutes as Wexford star Diarmuid O’Keeffe registered along with Mark Furlong and Dylan O’Brien.

But Rapparees closed to within 0-05 to 0-04 by the tenth minute as Alan Tobin twice found the mark with Ricky Fox also chipping in.

While Mark Furlong and Liam Óg McGovern reasserted St. Anne’s by 0-7 to 0-4, Rapparees struck the first real blow on 13 minutes when Nick Doyle sent Alan Tobin haring through for the equalising goal.

And after trading points to remain tied at the first drinks break, the Rapps pounced for another major in the 17th minute – capitalising upon a goalkeeping error for Kevin Foley to feed Ricky Fox to blast open a 2-05 to 0-08 margin.

The winners engineered a third goal on 19 minutes – Lenny Connolly lashing home a ground shot after Oisín Pepper had initially been denied – to forge clear by 3-06 to 0-08 and they held firm to lead 3-09 to 0-12 at half-time.

St. Anne’s lacked their usual composure as several errors were seized upon by the leaders, who enhanced their position when Oisín Pepper latched onto a line-ball from Kevin Foley to blast the net in the 41st minute (4-12 to 0-12).

Although the game appeared to be meandering towards its inevitable finish, St Anne’s gained a glimmer of hope when Diarmuid O’Keeffe netted a 50th-minute penalty to cut the deficit to eight points (4-14 to 1-15).

But within a flash the Rapps responded when Ricky Fox spotted defender Jack Kelly ghosting in unmarked to ram to the town-end net, and Fox was also key to Lenny Connolly’s second personal goal on 56 minutes as the red and green ended their decades of hurt amid a hail of glorious scores.

Use the link below to download your programme for the semi-finals and relegation finals of the 2022 Wexford Club Football Championships. DOWNLOAD FOOTBALL SEMI FINALS AND RELEGATION FINALS PROGRAMME Please note that tickets must be bought in advance for all matches. Tickets...
7 October 2022
Read more

Use the link below to download your programme for the quarter-finals of the 2022 Wexford Club Football Championships. DOWNLOAD FOOTBALL QUARTER FINALS PROGRAMME Please note that tickets must be bought in advance for all matches. Tickets may be purchased online here....
30 September 2022
Read more

Use the link below to download your programme for the Round 5 fixtures of the 2022 Wexford Club Football Championships. DOWNLOAD ROUND 5 FOOTBALLPROGRAMME Please note that tickets must be bought in advance for all matches in: The Dominic Smith...
23 September 2022
Read more
Close
Search