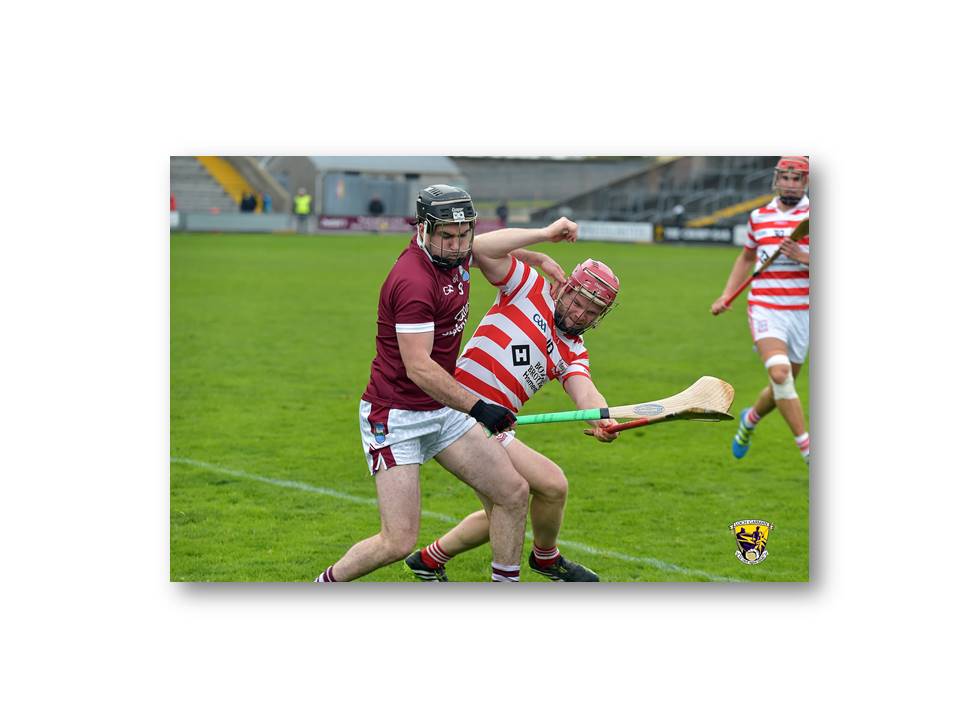 Ian Byrne tied Ferns on 1-8 apiece shortly after the re-start. But St. Martin’s grew in stature subsequently as, despite their numerical supremacy, they out-scored Ferns by 1-10 to 1-4 in the closing period to make the last-four for the second successive campaign.

Sadly it has emerged that the game will be without the prolific Rory O’Connor for the remainder of the season, as as the St. Martin’s teenager recuperates from injury despite having featured in the club’s recent county under-20 hurling success.

Wind-assisted St. Martin’s got off to a stylish start against Ferns meanwhile when Joe O’Connor cut over an excellent line-ball from the right inside 70 seconds.

But Ferns made light of pre-match odds of 9/2 with a purposeful display, and after frees from Ian Byrne and Christopher ‘Bitsy’ O’Connor had got them back on terms at 0-2 apiece, the Gorey district men achieved a real breakthrough with an eighth-minute goal. Chris Turner paced in from the left before smartly crossing for Eoin Murphy, as the latter stole in unmarked to tap to the town-end net for a 1-2 to 0-2 lead.

Although two Jack O’Connor frees pegged it back to 1-3 to 0-4 after 16 minutes, St. Martin’s endured a setback shortly afterwards when corner-forward Jake Firman received a straight red-card following an off-the-ball incident.

Regardless, and although three Paul Morris’ points kept Ferns on the front-foot at 1-6 to 0-7, St. Martin’s snatched the initiative by 1-8 to 1-7 at half-time after Joe O’Connor netted three minutes into added-time. The midfielder initially forced a save after bursting through unmarked at the Clonard-end before he chipped the ‘keeper with the rebound to produce a 1-8 to 1-6 transformation.

Ian Byrne pointed a ’65 in reply as long-time leaders Ferns, following an efficient defensive display, eventually got to the break a point in arrears (1-8 to 1-7).

And Byrne restored parity on 1-8 apiece from a free within three minutes of the re-start.

But Ferns did well to foil a couple of quick-fire goaling efforts before Jack O’Connor nudged St. Martin’s back in front, and Ciarán Lyng (free) and Paudie Kelly followed to create a 1-11 to 1-8 gap after 40 minutes.

Wides were hurting Ferns at this stage, but a Johnny Dwyer point offered them some relief (1-11 to 1-9).

St. Martin’s were gaining an edge though and they stretched ahead by 1-16 to 1-10 after 53 minutes as Jack O’Connor obliged with three more points and Mark Maloney and Ciarán Lyng also contributed, while Johnny Dwyer and Eoin Murphy fought to keep Ferns in contention.

But ‘man of the match’ Joe O’Connor put a considerable nine-point chasm between the sides when a breakaway attack saw sub Conor Coleman find O’Connor with a superb cross from the left as O’Connor stole in to hammer a low finish to the town-end net on 53 minutes (2-16 to 1-10).

But St. Martin’s decisive second-half display saw them safely through.