Holders rattle Rapps to reach another final : By Ronan Fagan 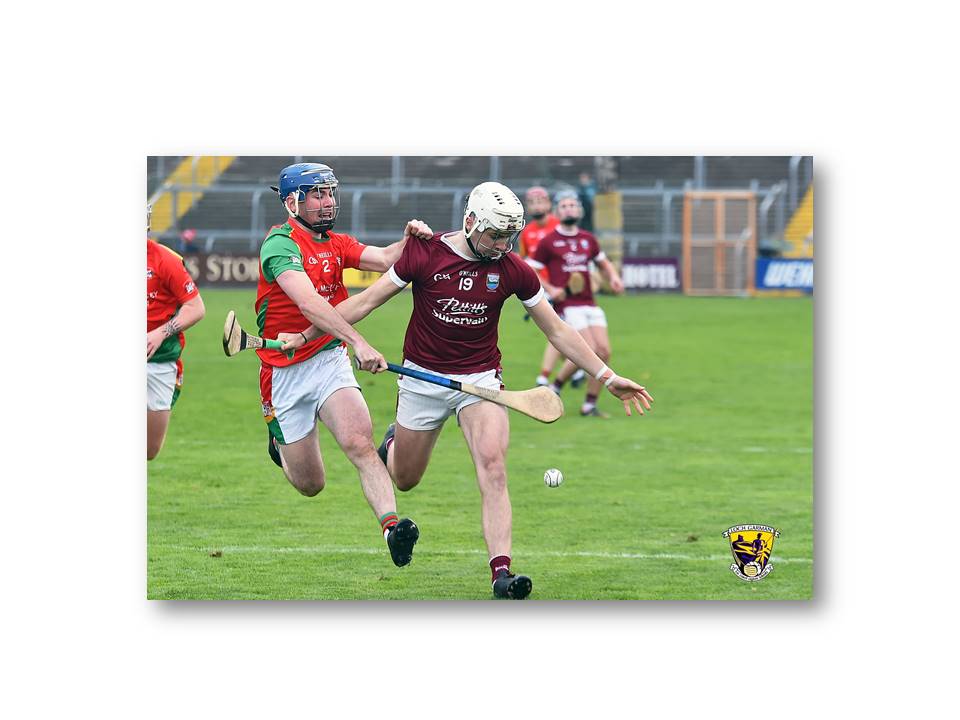 Five frees from Tomás ‘Mossy’ Mahon appeared to have Rapparees challenging nicely at 0-9 to 1-5 before a goaling error contributed towards St. Martin’s closing out the first-half with a two-goal salvo as they snatched a 3-6 to 0-9 interval advantage en route to negotiating a comfortable passage.

The sides had drawn in the group-stages of this year’s championship, and underdogs Rapparees operated with purpose during a wind-assisted first-half effort to lead 0-4 to no-score within five minutes, as ‘Mossy’ Mahon (2 frees), his nephew Ryan Mahon, and Kevin Ryan contributed.

But St. Martin’s were menacing only to be stifled by stubborn resistance before Jack O’Connor crossed to Ciarán Lyng on the right edge of the square from where Lyng hammered to the Clonard-end net in the eighth-minute (0-4 to 1-0).

Rapparees responded with a couple of points from inside their own half – Liam Ryan from play and ‘Mossy’ Mahon a free.

But after an exchange of scores, the Martin’s bridged the gap for the first-time as Joe O’Connor, Ciarán Lyng and Jack O’Connor (free) delivered (1-4 to 0-7).

Leonard Connolly and ‘Mossy’ Mahon (free) edged the Rapps back into the lead by 0-9 to 1-4 before the title-holders rocked them with a strong finish to the half.

Harry O’Connor pegged it back to 0-9 to 1-5 before a shot from Conor Coleman was fumbled over his own goal-line by Rapps’ netminder Eamonn Furlong during injury-time. And St. Martin’s rubbed salt into the wounds when Jack O’Connor located Barry O’Connor, who rifled to the roof of the net, before ‘Jack O’ converted a free to transform St. Martin’s into a 3-6 to 0-9 half-time leaders.

Yet, there were rumblings of a possible Rapparees’ uprising on the re-start when Nick Doyle was denied a goal within seconds of the resumption – James Peare pointing off the rebound, before Leonard Connolly had the gap down to 3-6 to 0-11.

But, in truth, the second-half was anti-climatic as St. Martin’s reeled-off the next six points without reply to take command by 3-12 to 0-11, and Rory O’Connor was one of the contributors as the Wexford star who is troubled by a cruciate injury emerged from the ‘bench to make an instant impact, while adding a delightful second score from the extreme right wing late on.

The Rapps did well to initially avert shipping a fourth goal before St. Martin’s sub Joe Coleman located Ciarán Lyng with a cross from right to left which allowed Lyng to sidestep a challenge and ram to the town-end net in the 49th-minute (4-13 to 0-12).

The coup de grâce was applied during the dying seconds of added-time, when midfielder Joe O’Connor surged through to power a shot just over the goal-line and leave St. Martin’s on the brink of completing their possible first-ever back-to-back Dr. RJ Bowe Cup successes when they face first-time finalists Naomh Éanna on Sunday week.