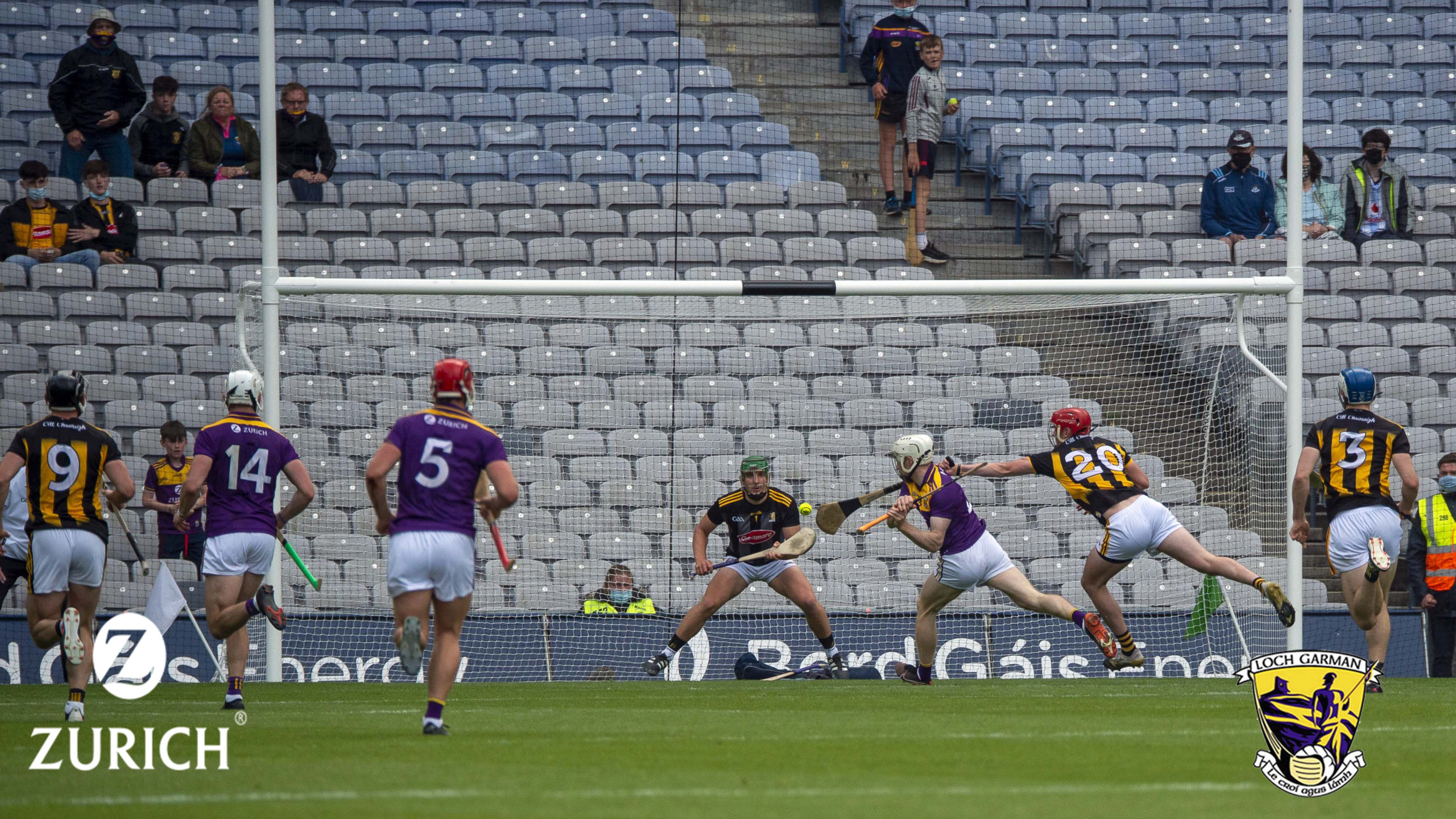 They gave their all, several bodies clearly exhausted as cramp took hold and the gas ran dry during the second period of extra-time as Wexford ultimately succumbed to Kilkenny in an absorbing Leinster Senior hurling championship semi-final thriller at Croke Park on Saturday evening.

Those privileged to be amongst the approximate 8,000 crowd – the largest attendance to-date at an Irish sporting fixture during pandemic times – were treated to the greatest spectacle of the 2021 hurling championship so far, with the neighbours level 13 times before the second period of extra-time yielded a decisive burst of 1-6 without reply for Kilkenny.

Wexford led 0-7 to 0-4 after 13 minutes, but only after Kilkenny corner-forward Eoin Cody had twice threatened for goals – one effort flying off the butt of the far post, while Kevin Foley thwarted another.

Wexford remained strong, and Lee Chin made a threatening burst on the Hill 16-end goal only to be upended at the expense of a free which Paul Morris converted, while Conor McDonald and Rory O’Connor further rejuvenated Model County ambitions by the 31st-minute (0-13 to 0-11).

Kilkenny regained the initiative by half-time (0-15 to 0-14) – the Wexford net having enjoyed yet another let off in the 33rd-minute when Eoin Cody fed Martin Keoghan, who cut in from the left to force Mark Fanning into a good save before Fanning mopped up the spillage.

Kilkenny resumed with the opening three points of the second-half. But Wexford levelled on 0-18 apiece after 51 minutes, through Liam Óg McGovern, Lee Chin (2 frees) and Shaun Murphy.

Murphy and Chin made further submissions as Wexford’s latest drive soared to a 0-21 to 0-18 lead on 55 minutes.

Wexford’s refusal to yield brought a couple more Lee Chin frees, before, whether or not extra-time would in fact be required all came down to the Hawk-Eye score-detection system, after a Liam Ryan boomer seemed to be prevented from bisecting the uprights by the ‘keeper before Conor McDonald doubled the ball to the net.

Unfortunately for Wexford, Hawk-Eye deemed Ryan’s strike to have been a point, and with that, we settled in for extra-time (1-27 apiece).

Wexford couldn’t have hoped for a better start to the extra 20 minutes, Lee Chin effecting a superb interception before feeding Connal Flood as the defender burst through on goal to force a penalty, with ‘keeper Eoin Murphy sin-binned for his troubles and Mark Fanning netting past sub ‘keeper Darren Brennan (2-27 to 1-27).

Thereafter Kilkenny were far more effective despite Wexford’s courageous investment, and a charge from the Hogan Stand flank by Walter Walsh produced a killer goal to put Kilkenny a safe six points clear in the 86th-minute (2-35 to 2-29).

Wexford were twice denied goals during that period – Rory O’Connor seeking to flick a pin-point delivery from the Hogan Stand side by Shaun Murphy past the ‘keeper, while a late consolation bid yielded a free-out for Kilkenny as they claimed a provincial final ticket against Dublin.

Wexford, meanwhile, must focus on getting the tanks completely refreshed after emptying everything into a performance which firmly parks the dejected memories of last year’s abject championship efforts and offers definite hope for an extended run in 2021.