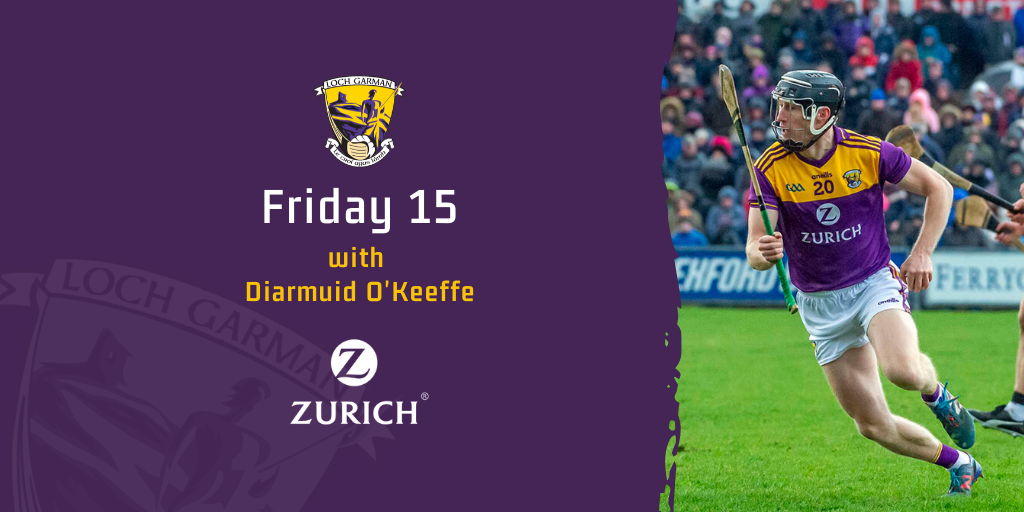 1. Who was your Hurling hero growing up?
Darragh Ryan was always someone that I looked up to. He was one of many great leaders in the St. Anne’s adult team that I followed when I was young. Redmond Barry and DOC O’Connor were also great role models to look up to and I have learned so much from these two lads, both on and off the field while playing and training with them over the years.

2. What is your most memorable sporting moment as a player or supporter?
It has to be the Leinster Hurling Final last year. It was great to reap the reward of working so hard together as a group and creating such fond memories for supporters.

3. What athlete do you admire in another sport outside the GAA and why?
I love Katie Taylor fearless attitude and the way that she performs so consistently in her game. Her work ethic and determination to be the best can only be admired.

4. What are the basic skills that young players should focus on?
One of the basic skills that I always focus on is first touch. Getting your first touch to a top level means that you will always control the ball when it’s in your area. If you have the ball in your hand, then the game is yours and it can be played on your terms. Look at the top players, they never miss a touch when it comes near them and as a result, they get to decide what happens next.

5. Best advice for young Hurling players?
Have a good attitude in training/matches and toward your coaches. More often than not, an average player with an outstanding attitude goes way further and achieves so much more.

6. What advice would you give to parents of young Hurling players?
Support your child, but ultimately let them develop at their own pace. Don’t try and live your career through them, this can be very frustrating and can ultimately push them away.

7. Tell us about your senior debut for Wexford?
I made my debut with Wexford seniors in the 2012 Walsh Cup against NUI Galway. We played in Belfield and lost by 1 point, marking Tipperary’s Seamus Hennessy on the day.

9. How do you balance your GAA and Work/Study commitments?
As you gain experience over the years, you become accustomed to the challenge of balancing GAA and work commitments. I find it crucial to plan out your week, cook /make food in bulk for 2/3 days in advance and most important, get plenty of sleep to keep you going during the day. Open lines of communication with trainers and managers to balance club and county commitments is also crucial.

10. What is the most prized jersey in your collection?
My 2019 Leinster final winning jersey will get framed eventually, with a team photo and medal inside.

11. What is the first Wexford Championship match you remember attending?
My first recollection of a big championship win was 2001 when we beat Limerick in Croker in the All Ireland 1/4 final. I remember being fired into the air by a random Wexford supporter behind me when Rory McCarthy pulled overhead on the ball into the net. The craic on the N11 all the way home was mighty.

12. Who is the biggest influence on your career and why?
There has been quite a few. I get my passion for GAA from my dad Noel and I remember going to every sort of GAA game with him and my brothers since I could walk. In fact, sometimes we could attend 3/4 games a day some days. My two older brothers and I spent hours beating each other around the garden when we were younger and there were many All Irelands hurled in the garden down through the years. From a club, school and county perspective,there have been so many coaches that have work tirelessly over the years and they can never be forgotten. There would be too many names to include here.

13. Who is your unsung hero in the GAA?
Tadhg Foran and John Ormonde were two influential teachers in Rathangan NS and 100% don’t get the plaudits they deserve. Their time, effort and dedication that they put in to what is now the current St. Anne’s adult team never went unnoticed. It is fantastic that John is back in Rathangan as Principal now and along with the work of Jess Codd, Kevin Murphy, Lisa Barry and Leslie Ormonde the school and underage in St. Anne’s are in a powerful position.

14. What Sports Documentary would you recommend watching?
I have always had a great connection with a book called Every Heart Beats True – The Jim Stynes Story. Not specifically a sporting documentary, but an insight into a unique mind.

15. When preparing for a game, what is your healthy breakfast choice?
I will rarely deviate from soaked overnight porridge oats, with berries, figs, chia seeds and almond milk. Hard bet.