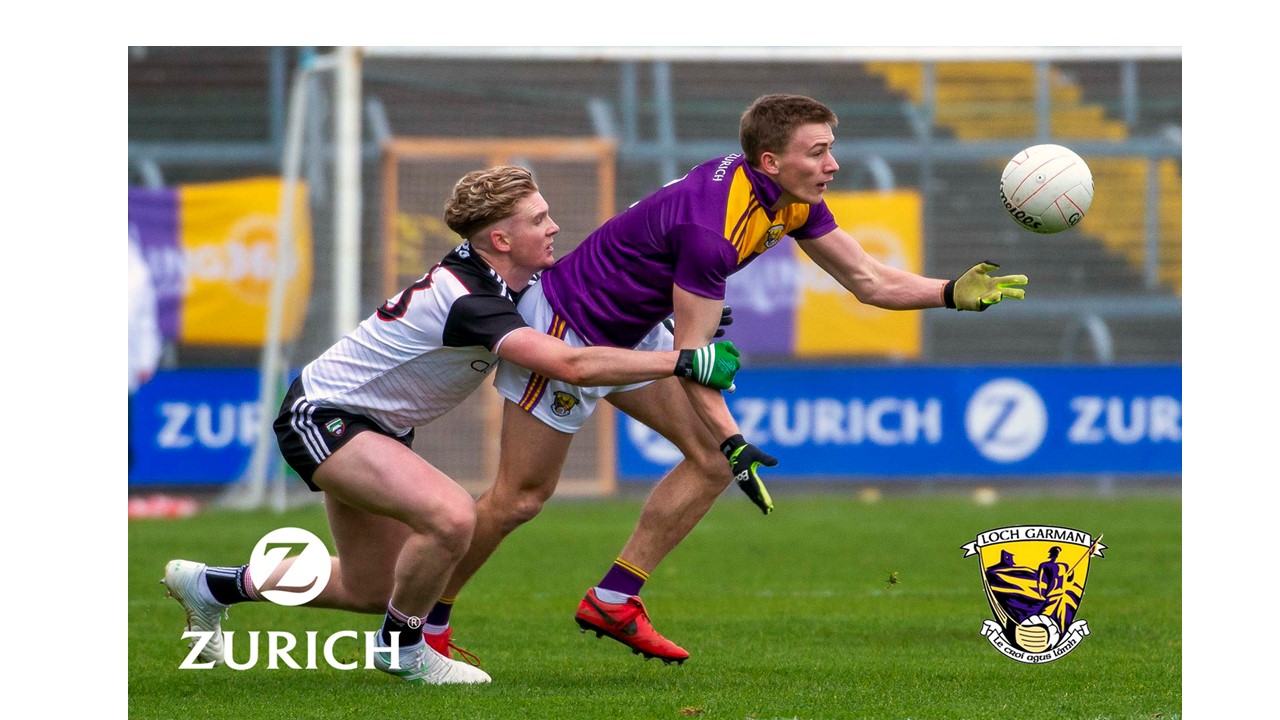 But with games to come against Limerick (away, March 15th) and Wicklow (home, March 22nd), Paul Galvin’s Model County crew are still firmly in the hunt.

A 2-2 to 0-6 interval advantage was certainly a boost to Sligo having faced the howling gale in the first period, and they weathered the second-half storm both literally and metaphorically despite Wexford dominating matters.

And Sligo no.2 John Francis Carr was also left cursing his luck in the seventh-minute when receiving from Gorman only to see his fisted effort on an open goal parried for a point (1-1 to no-score).

Wexford recovered to tie on 0-4 to 1-1 after 27 minutes courtesy of free-taker Ben Brosnan (3) and Jonathan Bealin.

But Sligo made a further declaration of their intent on 28 minutes when a sweeping move culminated in wing-forward Seán Carrabine ghosting in from the left to net a low finish (2-1 to 0-4).

Wexford’s adventurous ‘keeper Ivan Meegan came out field to peg back a superb point as the home-side got to within 2-2 to 0-6 at half-time.

But purple-and-gold ambitions of salvaging something from the tie were lifted a minute into added-time when Ben Brosnan shaved the difference to 2-6 to 1-8 as he fisted to the net after Eoin Porter hung the ball in the air.

Liam Gaughan replied with a relieving score for Sligo, and despite determined Wexford efforts into the ever strengthening wind, the visitors held strong to return to winning ways after losses to Wicklow and Waterford.