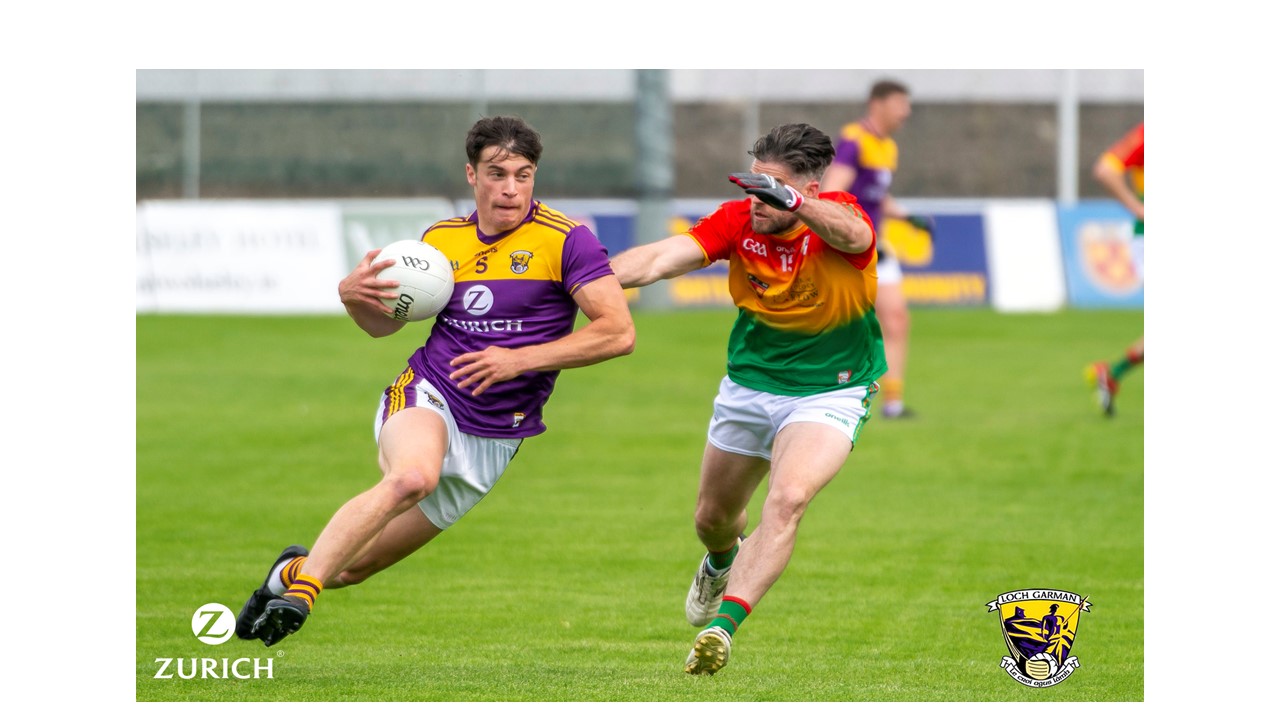 After a slow start – Carlow kicking 1-3 without reply – Wexford responded with tremendous character to transform matters by 2-8 to 1-6 after 46 minutes with goals from the outstanding Seán Nolan and midfielder Liam Coleman.

But, despite Carlow being down to 13 men at one stage owing to black-cards, the home-side caught Wexford at the death, with centre-back John Murphy levelling just after returning from his black-card, before Darragh Foley’s decisive blow arising from a throw-in after a Wexford error.

The immediate consequence is a Shield semi-final against Leitrim on the weekend of June 12th/13th, with the winners facing either Louth or Sligo in the decider.

But Wexford demonstrated great heart and no small amount of style in working their way out of a nightmarish start against Carlow that it would certainly suggest that this is a crop of players – relative newcomers in the main – who can help restore the footballers as a real competitive force.

Carlow had Wexford at sixes and sevens as they soared 1-3 to 0-0 ahead inside 17 minutes – the goal a ninth-minute blow from Jordan Morrissey.

But, after Tom Byrne and Ben Brosnan pegged back points, the introduction of Daithí Waters for the injured Niall Hughes contributed to the rising Wexford challenge as they closed to within 1-4 to 0-6 at half-time, with Tom Byrne, inspirational full-back Martin O’Connor and Mark Rossiter (2 frees) making further contributions.

It is also noteworthy that Wexford crafted three gilt-edged goaling chances in that half which Carlow were extremely fortunate to survive.

Points from substitute John Tubritt and Kevin O’Grady extended Wexford’s fight-back before it was completed after Seán Nolan – a constant darting force through the attack – and Liam Coleman bagged 41st and 46th-minute goals respectively (2-8 to 1-6).

Wexford were simply lording things, but they didn’t fully capitalise upon Carlow being reduced to 13 players on black-cards with eight minutes of normal-time remaining.

Wexford were leading 2-10 to 1-10 at that stage, and Mark Rossiter and Daithí Waters were both unfortunate with another goaling chance before Carlow levelled with a fortuitous goal – defender Seán Gannon boxing home a free from the right wing by Darragh Foley eluded the defence (2-10 apiece).

The game was back to 15-v-15 shortly afterwards, but Wexford sub Seán ‘Mini’ Ryan pointed the visitors back in front two minutes into four minutes added-time after neat work by John Tubritt and Kevin O’Grady.

Carlow weren’t buckling though and they grabbed two key scores to leave Wexford hurting, but with lots of positives to reflect upon.