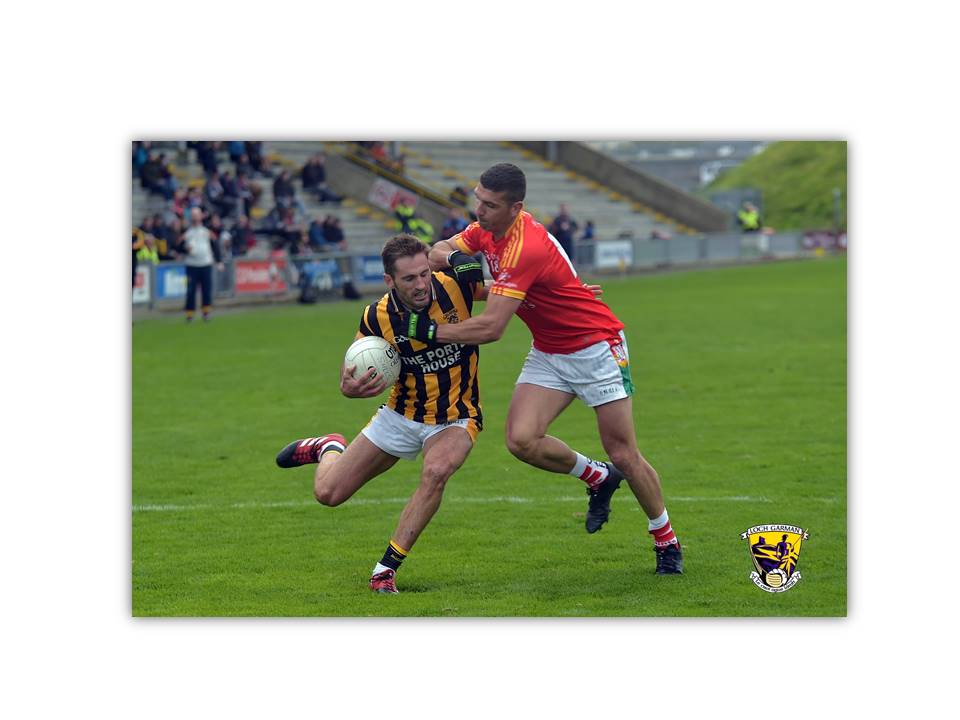 While an early sending-off hampered Starlights’ efforts, in truth the Shels were the dominant force from the very outset and richly deserving winners.

Aided by two first-half goals from Craig McCabe – son of team boss Benny – the Over-the-Water men charged to a 2-7 to 0-5 half-time lead en route to negotiating their comfortable passage.

The Shels had gone so close to making the decider ever since emerging as intermediate champions in 2007 – losing six semi-finals over the course of the past 10 years, including four during the last five campaigns.

They are now on the cusp of completing a perfect season in the ‘big-ball’ code having emerged from the group-stages with a 100% record, which included a 2-11 to 0-9 win over Starlights on August 11th last.

Sunday’s rematch saw the Shels open impressively to lead 0-4 to no-score inside eleven minutes while also seeing Starlights reduced to 14-men, when Eamonn Furlong received the ultimate sanction from referee Barry Redmond after an off-the-ball incident with Ross Banville.

Craig McCabe (2, one free), Eoghan Nolan and captain Eoin Doyle were the early scorers for the black-and-amber during their bright start.

But the game descended into an extremely mundane affair for a spell before livening up again approaching the interval.

Starlights had it back with 0-4 to 0-2 after 22 minutes with two frees from Dillon Redmond before being rocked by the concession of a goal. A long-range effort was tipped out by ‘keeper Pa Doyle only for Craig McCabe to pounce and stitch the town-end net for a 1-4 to 0-2 lead on 23 minutes.

And Starlights suffered further pain on 29 minutes when Shelmaliers capitalised on a misplaced pass for AJ Lehane to locate Craig McCabe, who netted his second personal goal to contribute to a 2-7 to 0-5 interval advantage.

The Wexford district crew soared ahead by 2-12 to 0-6 after 39 minutes when responding to an early Alan Tobin free for Starlights with confidence-enriching scores from the boots of AJ Lehane (2), Eoin Doyle and Conor Hearne (2).

Despite Starlights’ best efforts, Benny McCabe’s Shels never surrendered control as they deservedly ended their run of semi-final disappointment by producing yet another accomplished showing.

They will now have designs on adding to their senior hurling championship title success of 2014 when they face reigning intermediate champions Kilanerin in the forthcoming SFC decider.