AJ on the mark in historic minor hurlers victory 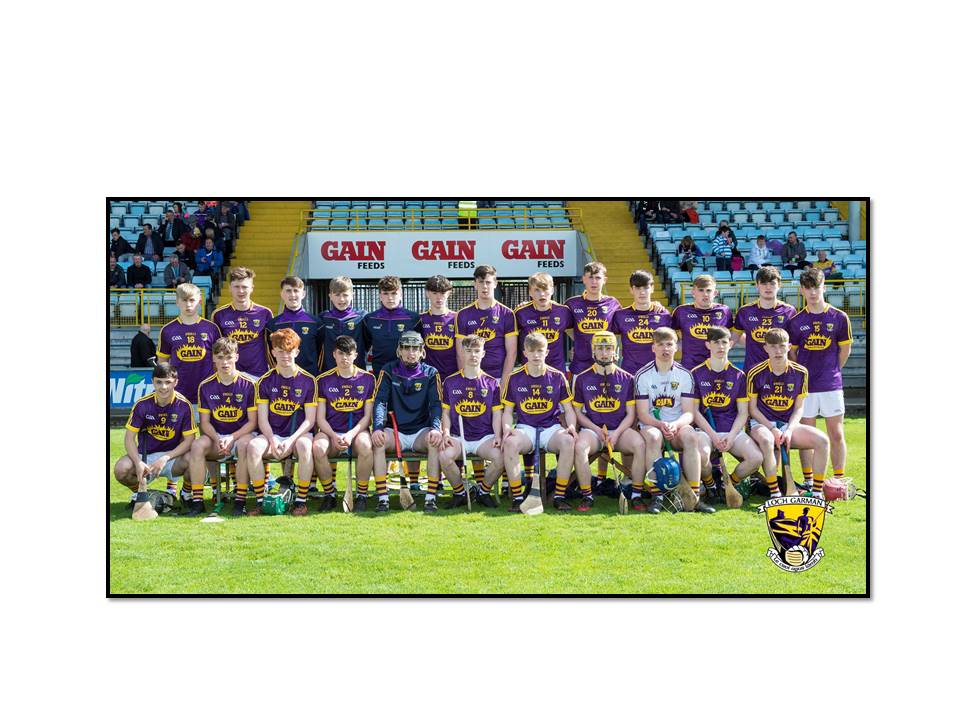 Rathnure’s AJ Redmond starred with a personal salvo of 0-13 as the Wexford minor hurlers marked the championship’s transition from an under-18 to under-17 competition with a determined victory over Laois in Saturday afternoon’s sun-kissed clash at Innovate Wexford Park.

Wexford demonstrated real nerve in fending off the midlanders after the lively O’Moore County outfit had regained parity on 0-16 apiece on 45 minutes. Moments later St. James’ Owen Whitty crashed home the clinching goal as Wexford made the telling breakthrough to prevail in this historic fixture.

Under the guidance of James Sheil (St. Mary’s-Rosslare), Liam Roche (Geraldine O’Hanrahans) Eddie Cullen (Ferns St. Aidan’s), David Redmond (Oulart-The Ballagh) and John Conran (Rathnure), the minors have further group-games against Kilkenny (May 19th) and Dublin (May 25th). They are basically playing for position in the group in order to determine the draw for the quarter-finals, where Wexford will again be in action on June 16th next.

AJ Redmond certainly caught the eye on Saturday with his tidy finishing, and most especially with a few placed-ball scores from long-range.

He opened the scoring before Laois responded to lead 0-4 to 0-2 after eight minutes. Thomas Murphy, AJ Redmond (free), and Richie Lawlor with a classy score from midfield, got Wexford back level on 0-5 apiece after 13 minutes.

While Laois pressed clear by 0-8 to 0-5, Wexford certainly were not found wanting in terms of endeavour, and they turned the tables by 0-13 to 0-11 at half-time as AJ Redmond (5), Jack Kehoe, Paddy Whitty and midfielder Zac Firman obliged.

A couple more AJ Redmond scores (a free and a ’65) increased the margin to 0-15 to 0-11 before Laois no.14 Cathal O’Shaughnessy was denied a goal. But the midlanders twice got back level, including on 0-16 apiece moments before Blackwater’s Thomas Murphy paved the way for Owen Whitty to fire the decisive blow to the town-end net on 46 minutes (1-16 to 0-16).