100 years of history, Wexford celebrates its great 4 in a row football team 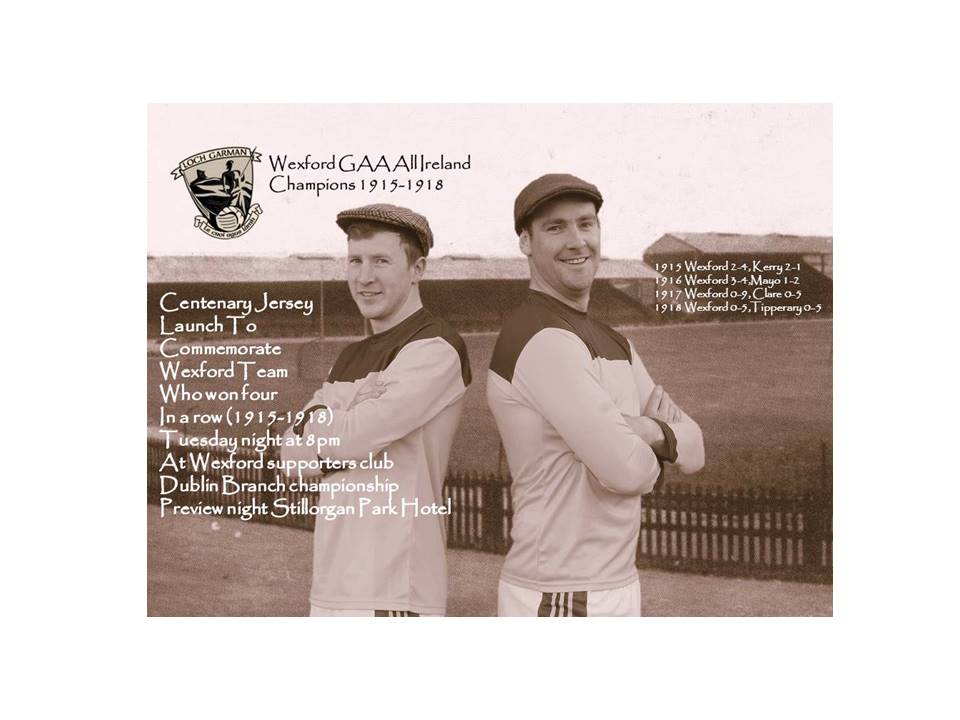 In 1913 Wexford Footballers wore purple and Gold for the first time against Laois.  On May the 12th Wexford will wear this Jersey to commemorate the team that won six Leinster titles in a row 1913 to 1918 and four All Ireland’s in a row 1915 to 1918.

The special, once-off jersey will be on public display for the very first time and launched  in the Talbot Hotel Stillorgan on Tuesday 1 May for the Wexford GAA championship preview night. This event, which starts at 8pm, will feature a host of Wexford sporting heroes such as Matty Forde, Tadhg Furlong, Mathew O’Hanlon, Kevin Doyle, Jim Bolger and our senior hurling manager, Davy Fitzgerald. A few tickets, at €20 each, are still available for purchase on the door. 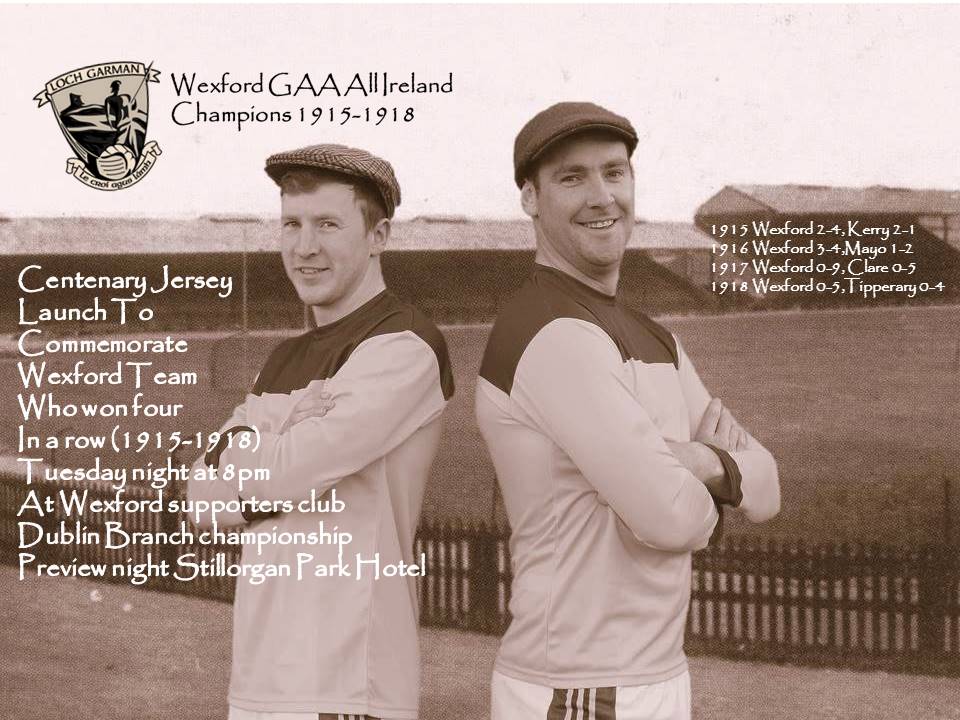 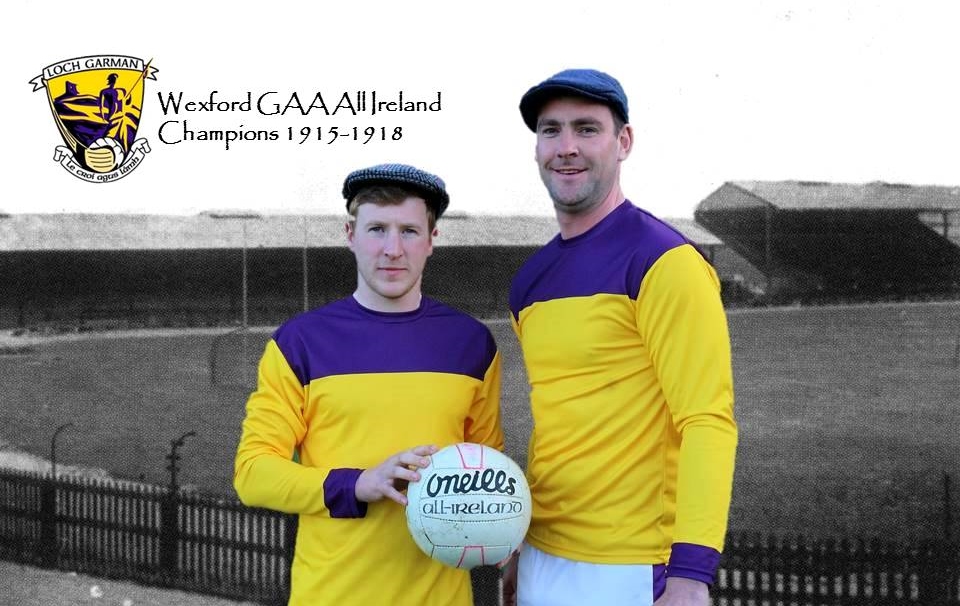